Here’s Why You Should Learn Machine Learning 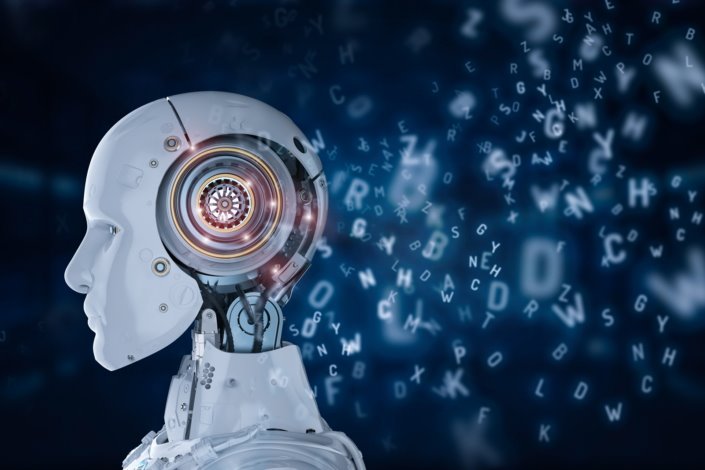 Artificial Intelligence (AI) is indeed moving tremendously. Its prospects have left many worried, for it’s assumed that job automation portends great danger to humanity. Arguing about the credibility or otherwise of this claim is however not the intent of this article.

Noteworthy, when mention is made of AI, the average non-technical person thinks about high-end robots. This is however an oversimplification of a rather broad concept. It’s safe to say AI is a huge tree comprising various but interwoven branches, among which include Natural Language Processing (NLP) and Machine Learning (ML). So, while self-driving cars are AI applications, so is Siri on your iPhone as well as Youtube’s video recommendations.

Being barely separable from data science, ML has particularly gained much attention in the business world. But what is it all about?

One of the most popular definitions of machine learning was given by Arthur Samuel in 1959, which considered it a subfield of Computer Science that gives “computers the ability to learn without being explicitly programmed.” This is apt but shouldn’t be taken to mean ML systems are built without any programming effort, or that they acquire knowledge on their own from scratch. Instead, ML systems are made to build upon already acquired knowledge. This makes them perform way better than programs built with hardcoded rules.

For example, besides being a pain, a program designed to detect cats in pictures would be quite ineffective if built by a programmer who manually defined the features of various cat species. Such a program would likely fall flat when faced with factors (eg: obstruction, reflections and presence of unaccounted features) that distort images and defy pre-determined rules.

Using machine learning, all that’s required is to acquire large datasets (tons of cats’ pictures, in the above case) to train a model, and then optimize results so that a program can produce the best results when faced with absolutely new sets of data. In this case, such program is considered to be ‘learning’ from data.

There are two major types of problems ML Engineers try to solve: regression and classification problems. For the sake of simplicity, I won’t go in-depth into these or point out any ML algorithm. But the point is: you make use of ML products daily, perhaps without realizing it.

When searching Google, you’re interacting with an algorithm which has learned (and continues to learn) how to rank search results based on what’s considered to be most significant to your query. Facebook uses ML to suggest new friends to you, Netflix’s movies recommendation feature is built on top of it, Quora uses it to determine the type of questions you’d like to read about, just to mention a few examples.

Why You Should Learn Machine Learning

It’s a big deal: Machine Learning is the rave of the moment. Tons of companies are going all out to hire competent engineers, as ML is gradually becoming the brain behind business intelligence. Through it, businesses are able to master consumers’ preferences thereby increasing profits.

It’s closely linked to data science: Just as humans learn from experience, ML systems learn from data. Thus, many ML engineers are made to wear two hats (machine learning engineering and data science) while undertaking their daily work , which is arguably a good thing.

As you probably know, data science is rated as the sexiest job of the 21st century. Learning ML would make you more knowledgeable in data science and thus more attractive in the labor market.

To become unwary of the dangers of AI: Many things have been said about AI and whether or not it could really snatch jobs. Fortunately, however, knowledge of machine learning may take you a step towards protection from any predicted dangerous outcome of mass scale AI implementation, because, as of today, most systems are built by humans. Also, there’s likely to be a positive demand of engineers, come what may.

How To Get Started

Gone are the days when ML knowledge used to be an exclusive preserve of Ph.D. researchers and students. Today, you can teach yourself ML without needing to enroll in a University – although a formal education may be quite beneficial. If you aren’t cut out for higher degrees, here are some useful tips to get started with ML.

Learn a Programming Language You Need: You NEED to have some programming knowledge under your belt to get started. Python comes in handy, because it’s used in many machine learning projects due to its possession of tons of data science libraries. It’s also relatively easy to learn and comprehend.

Get a High-end PC: Chances are you’d make use of only small datasets when starting out. But as time passes by, you might want to delve into more complex projects. To get the best of the learning experience, you should ensure that your PC satisfies certain requirements, including possessing a good enough Random Access Memory (RAM) and storage. Also to play with Deep Learning (an ML algorithm), you’d need high-quality Graphical Processing Units (GPUs).

Learn the Prerequisites: Machine Learning draws a lot from three areas in Mathematics: Statistics, Linear Algebra and Calculus. If you aren’t comfortable with Math, don’t fret. Many of the things you actually need to learn in order to get started, are quite basic.

Read ML Academic Papers: Many ML papers are published regularly, and reading tons of them is a good way to learn new things and keep up with the pace of ML research.

Read Blogs and Follow Online Communities: Follow blogs and online communities that can help fast track the learning process. Reddit’s machine learning channel is a good example of the latter.

Practice: Practice makes perfect, they say. So, try your hands at machine learning projects and participate in contests hosted on Kaggle and similar sites.

In Conclusion, there’s no stopping ML in today’s world. If you’re look forward to supercharging your career, learning ML might be the way to go.

0 responses on "Here’s Why You Should Learn Machine Learning"